Hearing loss is inconvenient at times. It can certainly cause stress, anxiety and fatigue. Worst of all, people with hearing loss in Tucson might not be able to hear a smoke detector going off in the event of a fire.

Smoke Alarms Save Lives…When You Can Hear Them 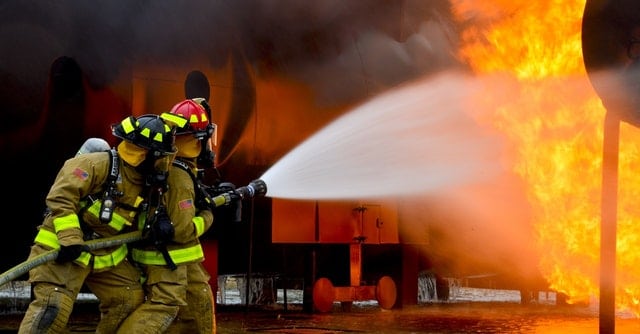 The number of people who perish in fires due to an inability to hear the smoke detector isn’t entirely clear, though the Hearing Loss Association of America has long believed there are, indeed, hearing loss victims who have perished in fires as a result of their impairment. Data is sparse because government investigations into fire fatalities rarely examined whether the individuals who died were hearing-impaired, and while smoke detectors are often tested in these instances, their ability to alert people with hearing loss is unknown.

In an effort to determine just how significant the problem is, the Fire Protection Research Foundation (FPRF), a nonprofit group that maintains information on fire and building safety, launched a study to look for a correlation between fire victims and hearing loss. Titled Waking Effectiveness of Alarms for Adults Who Are Hard of Hearing and published in 2007, the study concluded that the most effective way to wake a person with mild to moderately severe hearing loss is through a smoke alarm that emits a sound loud and clear enough to be heard. This isn’t always the case, however. High-pitched signals emitted by conventional smoke detectors failed to awaken 43 percent of test participants. Strobe lights, which were also included in the study, fared even more poorly, waking up only 27 percent of test subjects.

There is no denying the overall effectiveness of smoke alarms; properly-maintained systems that sense the presence of smoke and emit an audible alarm are responsible for a 50 percent drop in fire-related deaths over the past three decades. However, the smoke detectors most commonly found in American households – either photoelectric models that rely on light technology and sensors to detect smoldering fires that release large amounts of smoke, or ionization detectors that work off electrical currents – are simply not loud enough to waken people with hearing loss. Hearing Loss Association of America’s Executive Director, Terry Portis, says these results indicate the urgency of redesigning emergency systems in order to effectively save lives and prevent injuries to the 48 million Americans with hearing loss.

The study determined that smoke alarms with lower-pitched tones were much more effective than those with higher pitches around 3,150 Hz – the standard in today’s conventional smoke detectors. The ideal frequency signal was determined to be 520 Hz; at this level, 90 percent of test subjects were awakened at the minimum acceptable fire code sound level of 75 decibels. At 95 decibels, every single participant woke up.

Other alerting devices such as bed and pillow shakers were more effective than standard smoke detectors, able to awaken 80 percent of participants.

Unfortunately, there are no low-frequency smoke alarms available for purchase. The FPRF is hoping the information gleaned from this study will inspire manufacturers to work on designing smoke detectors and other warning devices such as carbon monoxide alarms to operate at low frequencies around 500 Hz.

Until devices such as these are made available to the public, it’s important to understand your rights if you suffer from hearing loss in Tucson. The Americans with Disabilities Act (ADA) states that all public facilities offering sleeping accommodations, such as hotels and motels, provide hearing-impaired guests with effective access to the building’s alarm system. If you suffer from hearing loss, investing in an alternative warning device might give you some peace of mind in the meantime.